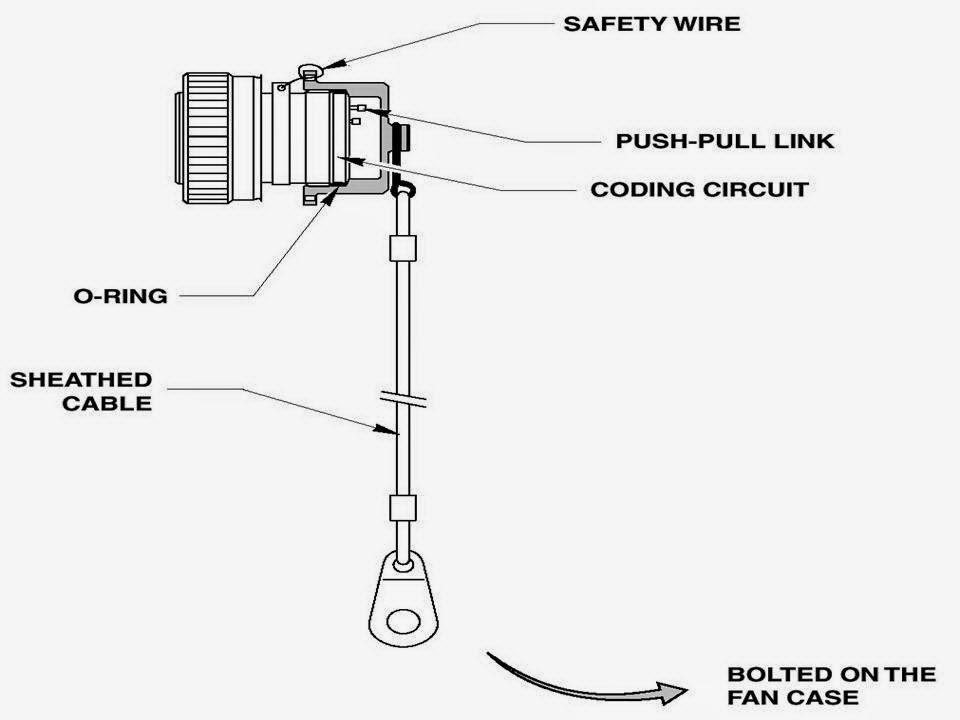 The engine rating/identification plug provides the EEC with engine configuration information for proper engine operation.
It is plugged into connector P11 and attached to the fan case by a metal strap. It remains with the engine even after EEC replacement.
The plug includes a coding circuit, soldered to the plug connector pins. It is equipped with fuse links and push- pull links, which either ensure, or prohibit connections between the different plug connector pins.
The EEC stores schedules, in its Non-Volatile Memory (NVM), for all available engine configurations. During initialization, it reads the plug by looking for voltages on certain pins. Depending on the location and voltage present at specific pins, the EEC will select a specific schedule.
In the case of a missing, or invalid ID plug, the EEC uses the value stored in the NVM for the previous plug configuration.

The identification (ID) plug supplies configuration data codes to the EEC as follows:
1.Engine family and model
2. N1 trim modifier
3. Thrust rating
4. Bump option for the -7B22 B1, -7B24 B1, -7B27 B1
5. Engine condition monitoring (PMUX optional)
6. Engine combustor configuration (SAC or DAC) 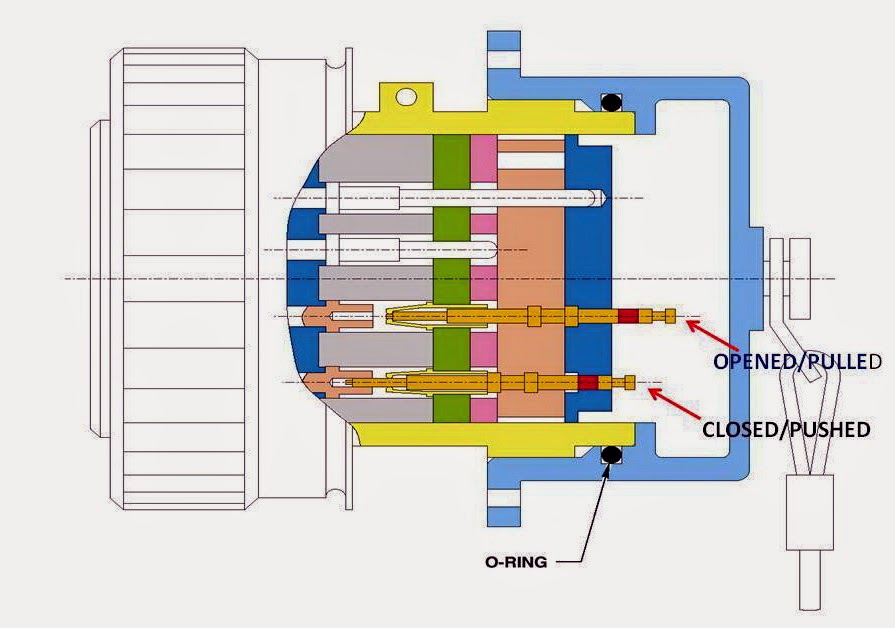 Push-pull links provide the EEC with configuration information. They consist of switch mechanisms located between 2 contacts and can be manually opened, or closed, according to customer requests.

This N1 Trim modifier is a measure of how a given engine performed in a test cell. When engines are moved between aircraft and may require a different thrust installation this N1 modifier is used in calculations to uprate or derate a given engine at an appropriate level.
The thrust level of an engine is changed (perhaps more accurately "programmed") by installing a "ID plug" that screws onto the EEC and conveys program information that sets the engine thrust output to the level desired by the operator. 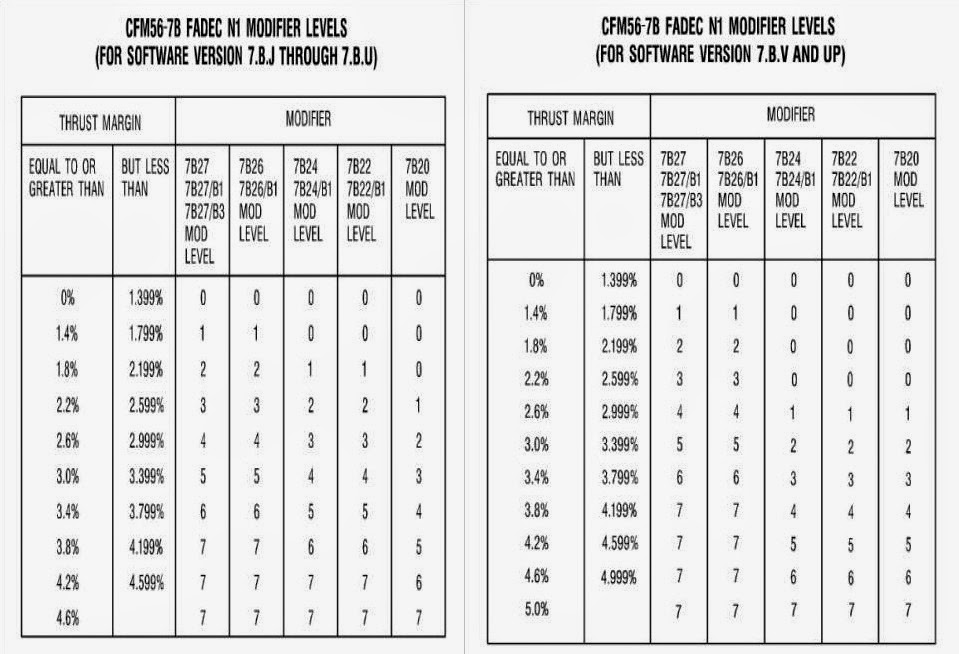 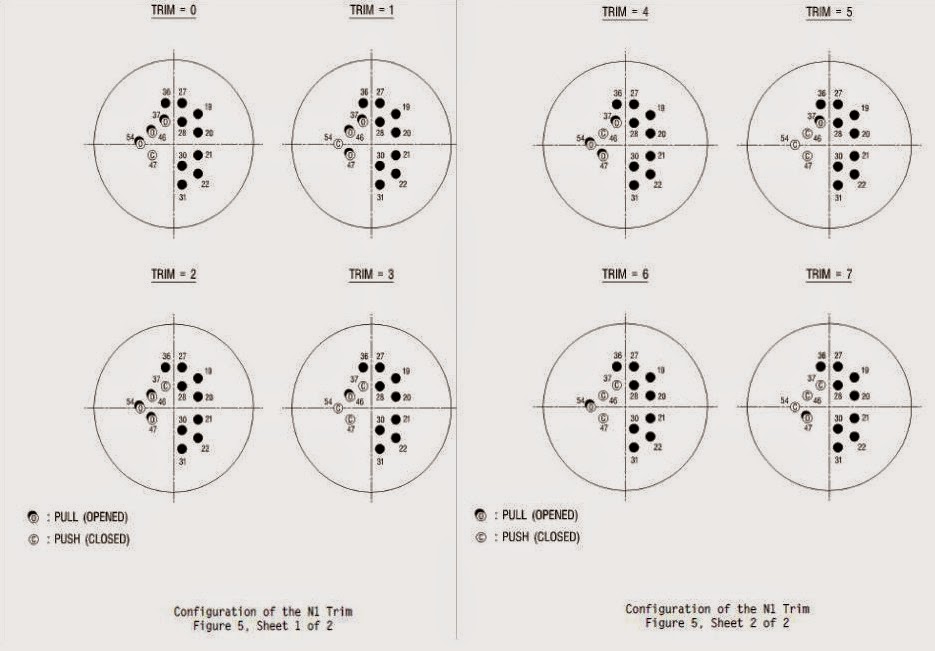 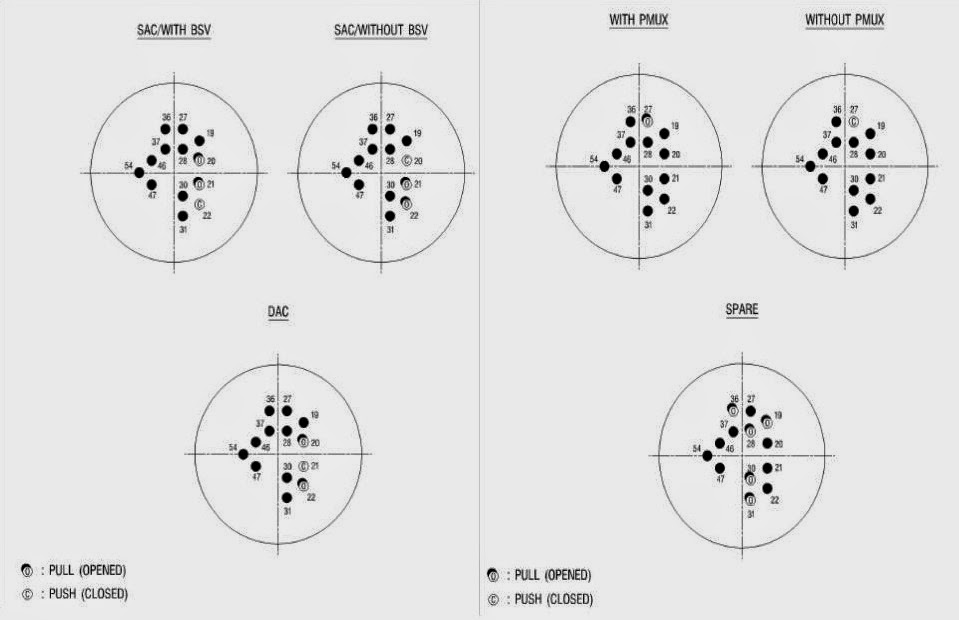